Her Pockets Full of Inertia is written for solo bass flute and flute choir. The flute choir is separated into three groups, each with an AM transistor radio plus sub contra bass flute (or very low keyboard)

The piece is named after a poem by Melbourne poet Claire Gaskin. The mood of the poem itself is the inspiration for the piece treating the poem as a whole, rather than a descriptor of each line, and creates an eerie atmosphere of stasis and cloud like sounds.

The work was commissioned by Lamorna Nightingale for the NOW Flute Ensemble and premiered at the Australian Flute Festival, Canberra, 4 October 2015.

Introduction to Her Pockets Full of Inertia

Duration: 0:39
Video transcript – Introduction to Her Pockets Full of Inertia

Cat Hope (b. 1966)  is an accomplished Australian based musician, composer, songwriter, sound and performance artist whose practice is an interdisciplinary one that crosses over into film, video, performance and installation. 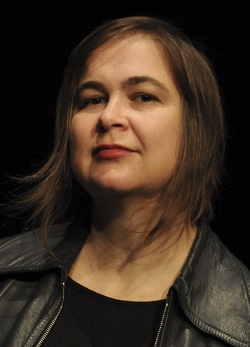 Her work has taken her on numerous tours around Australia, the USA, Japan and Europe. Her recordings are distributed and published worldwide, and she has written soundscapes for dance and theatre companies as well as commissions for film and pure music works.

Cat is a classically trained flautist, vocalist, improviser, experimental bassist and electronic composer. She has directed and edited numerous short music videos and created audiovisual installations. She has conducted extensive funded research into digital archiving, graphic and digital notation, low frequency sound and surveillance techniques for use in performance.

Her music is conceptually driven, exploring the physicality of sound in different media, using graphic scores, acoustic /electronic combinations, aleatoric elements, drones, noise and glissandi. Her work has been discussed in books such as Loading the Silence (Kouvaris, 2013), Women of Note (Appleby, 2012), Sounding Postmodernism (Bennett, 2011) as well as periodicals such as The Wire (UK, 2013), Limelight (Aus, 2012) and Neu Zeitschrift Fur Musik Shaft (Germany, 2012). Her works have been recorded for Australian, German and Austrian national radio, as well as range of international labels.

She is also an active researcher in the area of music archiving, film music, digital art and electronic music performance. She has managed a small label/production company, Bloodstar Music.

In 2013 Cat was awarded the Churchill Fellowship to study digital notation in Europe and USA and in 2014 she was awarded APRA/AMC National Award for Excellence in Experimental Music and Civitella Ranieri Fellowship.

In an interview with Cat and Lamorna, they outlines some of the compositional processes, uses of technology and performances

Cat: I use graphic notation for my compositions. This is because the information that traditional music notation is good for (exact pitches of notes, harmony, rhythms and beats) is not what is important to me as a composer. I don’t want beats in my music. But I like my notation to be exact in other ways. 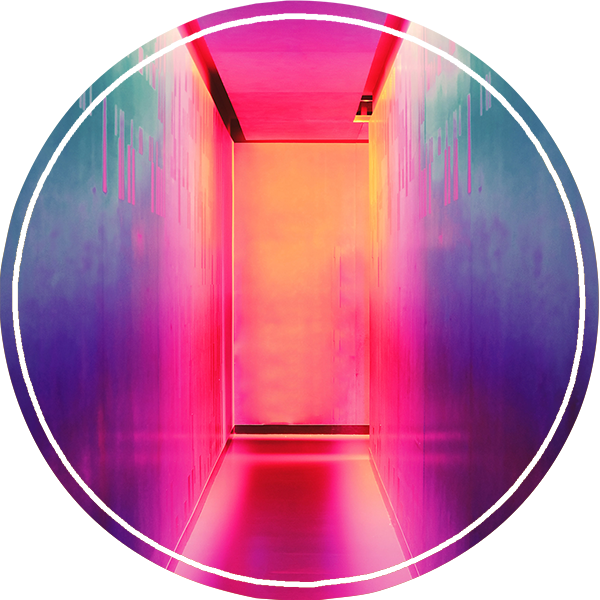 I want players to start and stop at exact spots. And I am interested in the shapes of sounds, and how people read shape and colour as music. So using them works well for the music I like to make, and the sounds I am looking for. I like performers to have more choice and control in my music, I don’t want to decide everything for them. When I started making this graphic notation, drawing long lines that go in different directions, to indicate pitch, and different widths or opacity to describe volume, I had to work out how to coordinate all the players so they could be in one place at the same time. Traditional music notation is very good at this! So i developed a way to read my notation on the iPad.

Cat: This piece uses the Decibel ScorePlayer, a software application for iPad for reading graphic scores. This enables the player to change the speed/length of the piece and to see their own part in the score. The technology helps me make sure all the performers are coordinated with each other and the electronic part. It makes my music easy to share over the internet, and I can get a great range of colours using a computer.

Cat: Like many of my pieces, there are different versions of the same piece. You can play with piece acoustically if you have all the instruments you need. Or you can play with a recording of other flutes that i have provided. It is a great development for composers working with electronic tracks that we can put the playback track in the score – so the acoustic instruments line up perfectly with the electronic tracks every time.

How did you develop your musical material throughout the piece

Cat: In ‘her Pockets Full of Inertia’ there are several contrasting motifs – staccato as opposed to long notes, for example. The ghost like tones ending with a downward glissandi is the principle motif of the piece, contrasted with staccato and  a glissandi tones that go up and down, are all used in ‘clouds’ of different constructions. The radio static (something i use a lot in my work) sounds like raspy breath, also in cloud like groups. The placement and manipulation of these four materials are guided by the text. If you look at the score as a whole, you will note the whole structure is a slow, downward glissando. This is a structural device I have used in other pieces too, most obviously ‘In The Cut’ (2009).

Cat: There are lots of different kinds of collaboration – between composers, performers, computer programmers and listeners. Collaboration is very important to me. It helps me to keep getting new ideas and understand my own work better. The process is different each time, it depends on the aim you have. But one thing all collaborations have in common is sharing. Ideas and sounds, ways of doing things

Lamorna Nightingale, could you discuss the process of collaboration between yourself and the composer during the recording process

Lamorna Nightingale: Rather than organise full choir for the recording session, Cat and I decided to make a backing track together. This involved numerous takes of duet performances of each of the 3 parts of the flute choir on various different flutes (C flute, alto and bass flutes.) Recording the contra-bass part was a little bit tricky because we didn’t have an instrument so we experimented with recording it on bass flute and then electronically manipulating the sound – pitch shifting it down the octave. Once we overdubbed all the parts I was able to play the solo bass flute line over the top.  It was great to have the composer in the recording studio and playing with me – any questions about the score or the type of sound to use were answered straight away!

Her Pockets Full of Inertia by Cat Hope

Each colour represents a different part. The yellow is for a sub contra or lower flute/s. Otherwise, flute types may mix in each of the different coloured groups. Do not use piccolo. The purple part is the solo flute.

The opacity describes the volume of the note (there are three shades: p, pp, ppp). Except for the radio parts – these are represented by a straight opaque dashed line which becomes solid when in flux. The volume here is described in the thickness of the line. The dotted lines means to keep the same, quite volume running ‘in the background’. The wedges indicate increasing or decreasing volume.

The radio parts are for hand held a.m. radios with built in speakers. Tune to clean static (no audible speaking or music), and only manipulate the volume. If there is a ‘click’ when you turn it on or off, that’s fine. One radio per group, operated by a flute player (except yellow, who has none). One radio per group.

There are essentially four playing techniques used in the piece:

Sometimes, lines overlap, here you should split the group into parts, but don’t worry if you all play the same lines by accident. Pitch choice is free, but proportions within your group (ie after you have chosen your starting pitch) are important. Where there are straight lines amongst dots, a group leader should be nominated to play this part.

The score is designed to be read in the Decibel ScorePlayer, where each player’s part can be made visible, and the speed can be changed if required. Otherwise, the work can also be performed from a video file.

Musicology: what is music?