Australia has a rich and diverse birdlife including a wide variety of songbirds including the lyrebird, satin bowerbird, magpie and pied butcherbird. In addition to singing their own songs, such birds display the ability to perform highly sophisticated and seemingly organised fragments of other species’ tunes which are often transformed in unique ways.

This piece, Daybreak, for flute and live electronics is based on this idea of birdsong mimicry and draws from experiences I’ve had exploring and appreciating the sounds of nature. Transcribed birdsong is weaved into the piece as well as additional song-like musical ideas inspired directly from the lines conjured up by birds. The electronics takes snapshots of the live flute sounds and manipulates them in real-time to create an evolving and immersive sound world. What emerges is a dialogue between the flute and electronics as the sounds work in imitation and swirl around the listener; the parts effectively mimic each other. The music begins with a sense of peace and quiet focusing on a spaciousness of sound with occasional soft utterances. This gradually gives rise to joyous, dance-like sections evoking the busy dawn chorus.

I intend the work to be accessible for high school and undergraduate-level flautists but also suitable for professional performers. Through this work, I hope to create an interest in our natural world, encouraging young students to listen deeply to the sounds around them and continue developing a respect for our precious wildlife. 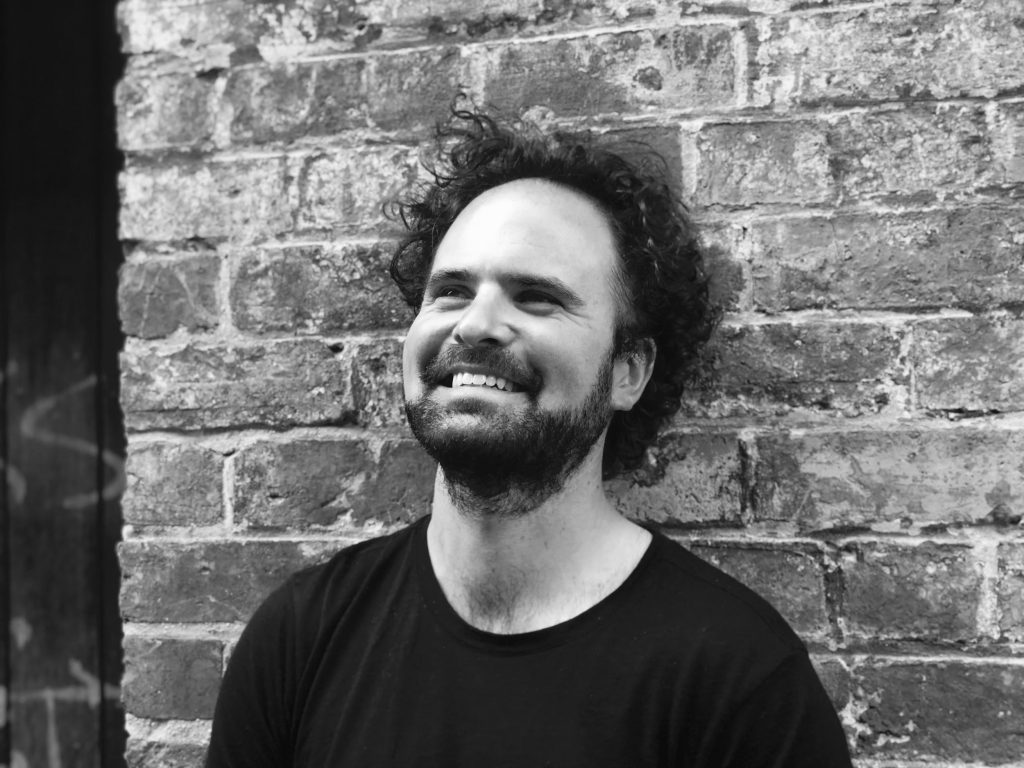 With an interest in a wide range of music from experimental classical and electronic to jazz and non-western traditions, he strives for a unique balance of elements in his scores, sometimes familiar and at other times less so. This diversity of sound worlds is mirrored by the range of performance venues he has worked in including art galleries in London, 12th-century churches in France, theatres in the Netherlands, shipping containers and pubs as well as traditional concert settings. His music draws inspiration largely from either nature, especially the idea of amplifying otherwise soft and delicate sounds, or conversely our digital, data-driven world.

Project highlights include read/write error, a commission for Ensemble Offspring’s 20th year celebrations, Smell of the Earth, commissioned for the Canberra International Music Festival and performed by Tambuco Percussion, and works for the Song Company, the Chronology Arts Ensemble and the Kammer Ensemble. Tristan has written for some of Australia’s most outstanding soloists including percussionist Claire Edwardes, pianist Zubin Kanga, flautist Lamorna Nightingale and recorder player Alicia Crossley.

In 2016, Tristan was a finalist in the Instrumental Work of the Year category in the APRA Art Music Awards. In 2012 Tristan was co-commissioned by the Adelaide Symphony Orchestra and the OzAsia Festival for the ensemble work, As the Dust Rises. His orchestral debut was in 2005 with Glass Canvas performed by the Melbourne Symphony Orchestra, conducted by Martyn Brabbins as part of the Cybec 21st Century Composers’ Program. In 2014, Tristan was invited to the Etchings Festival held in Auvillar, France where his work Ripples was premiered. He has appeared at the Young Composers Meeting hosted by Orkest de Ereprijs, the Dartington International Summer School, the NYU/ASCAP Film Scoring Workshop and the Internationale Ferienkurse für Neue Musik, Darmstadt.

Tristan’s experience in music for film and multimedia is diverse including a recently completed score for Australian feature film The Marshes (2017) and numerous other short films and advertising campaigns. Recently, his score for the King Candy Crush Saga Sweet TVC campaign was aired internationally and his work with McCann Health won him a Gold Lion at Cannes and two Gold Spikes at the 2014 Spikes Asia Festival of Creativity. His orchestration and arrangement credits include work for Japanese video game composer Hitoshi Sakimoto, Australian composer Matthew Hindson, oud virtuoso Joseph Tawadros and the Australian Brandenburg Orchestra.

Tristan graduated from the Sydney Conservatorium of Music in 2006 and then went on to study at the Royal College of Music from 2007-2008. He has studied composition formally with Michael Smetanin, Damien Ricketson, Mary Finsterer, Trevor Pearce and David Sawer amongst others and piano with Stephanie McCallum.

He is a founding member of Sideband, a composer/performer collective which supports emerging Australian musicians and also celebrates works by established composers. Sideband released their debut CD in 2014 and is currently producing their second album.

Tristan is an active music educator and is currently Head of Composition and MLC School, Sydney. He is also a sessional academic at the Sydney Conservatorium of Music and regularly runs composition workshops for high school students across Sydney.

In the following interview, Tristan explains the process of composing Daybreak.

What is the inspiration behind your composition?

Tristan: My fascination with birdsong and the idea of mimicry is the main inspiration behind the work with the music consisting of a small number of birdsong transcriptions as well as composed material directly inspired by them. I’ve also tried to capture a sense of the joy of anticipation of hearing birdsong amidst the sonic spaciousness and quiet of the natural environment. The title, Daybreak, refers to the time of day where depending on where you live you can hear the most amazing chorus of intermingled birdsong. 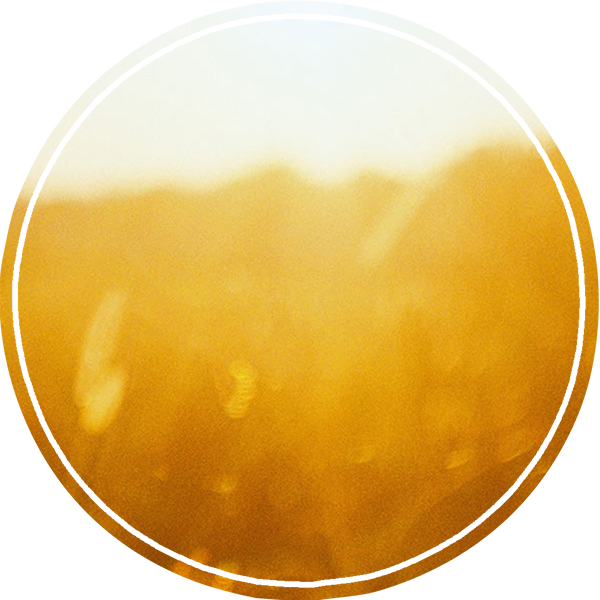 Tristan: I like the mix of acoustic and electronic sounds because they offer up different opportunities as a composer. The flute has a breadth of tone colours and effects with a wide spectrum between noise and pure sonorities. The electronic part uses a granular delay effect which involves taking snapshots of the live flute sound and then playing back variations of these fragments at different times. In the same way that you might hear a bird call in nature and not quite know when the response will occur, in this piece the way the electronics respond to the flute part can never truly be predicted. This in turn means the flautist responds to what they hear and so each performance of the work will vary to a degree. The main challenge in combining the acoustic and electronic elements involved making sure both worlds complement each other in making an immersive listening experience. This was overcome to a large degree by allowing plenty of space in the notated part as well as involving improvisation in order to give the music a chance to breathe and allowing the electronics to respond without the texture becoming overly cluttered.

Tristan: About two years ago I began notating short bird song transcriptions of recordings that I’d made over the years. I included them in a little notebook and I had no plans then to use them for anything specifically; I just thought it would be interesting to see how I could interpret these birdsongs using traditional notation. A year or so later I was chatting to Lamorna Nightingale, the flautist for whom Daybreak was written, and was telling her about this notebook and we put two and two together and the piece was on its way! The composition process involved me creating the electronics ‘patch’ (application) as I composed the flute part. I felt it was important to get a sense of how it would sound as I was composing as opposed to creating a piece and then thinking about adding on the electronics. Often I experimented with my voice (in lieu of the flute) when composing and this was useful to get a sense of the use of sound and silence in the piece. I ended up with a range of musical ideas that I then rearranged to make an effective structure and then created linking material. Of course, through this process I had to discard material that didn’t quite work with the rest of the music. As always this was difficult to do but important in streamlining the work and making the structure as ’tight’ as possible.

Tristan: I have used technology in a number of previous pieces and I always find I feel the same way in regards to its positives and negatives. The thing about technology and creating electronic music is that the options are endless – literally! You can start working on something in the morning and by the end of the day you’ve added all these extra features or sounds and you’ve forgotten where you’ve come from. For me this is can be a negative when it comes to music technology – the temptation to keep adding features and making things more complex. I found myself faced with this situation a few times on this project! There are however numerous ways electronics have enhanced this piece. For one, the piece heavily relies on the spontaneous and unpredictable nature of sounds occurring and the performer’s reactions to them. This brings about a certain energy in performance that is different to fixed compositions where the piece is more or less the same every time it’s heard. Another way that electronics have enhanced the piece is simply the quality of the sounds it can produce. We hear transformations of the flute tone that do not occur naturally and this creates a halo around the acoustic sounds.

How did you develop your musical material throughout the piece?

Tristan: The musical material was primarily developed by taking what were originally small musical motifs and exploring ways to join them together to form longer phrases. In this way it’s the opposite to the traditional form of fragmentation where you have a long theme and then break it into smaller chunks. The main form of development then is reordering the motivic cells, sometimes abruptly and at other times with more subtlety. In any case I wanted to create the sense of being out in nature with different types of birds in the surrounds. Other basic techniques of development include direct repetition, variation, transposition and inversion. The piece begins with and occasionally settles into a slow-moving soundscape but this material is injected with more movement and energy before it breaks into frenetic dance-like music. In this faster style, the birdsong fragments are highly compressed and create a continuum of activity.

Tristan: Collaboration has been an important part of the process. Initially I had very simple sketches that I brought to Lamorna and we experimented with them. If I wasn’t sure about a particular moment I’d just use text to describe what I was after and then we’d talk about the best way to notate the idea.

Lamorna : The interesting thing about playing Daybreak is that even though it is a flute solo it feels more like an ensemble piece because of the way my own sound becomes part of the electronics track. I’m never quite sure what sounds I will hear because the electronics respond a bit differently in different spaces. It really feels like I’m out in the bush with lots of birds flying around me copying my sounds! 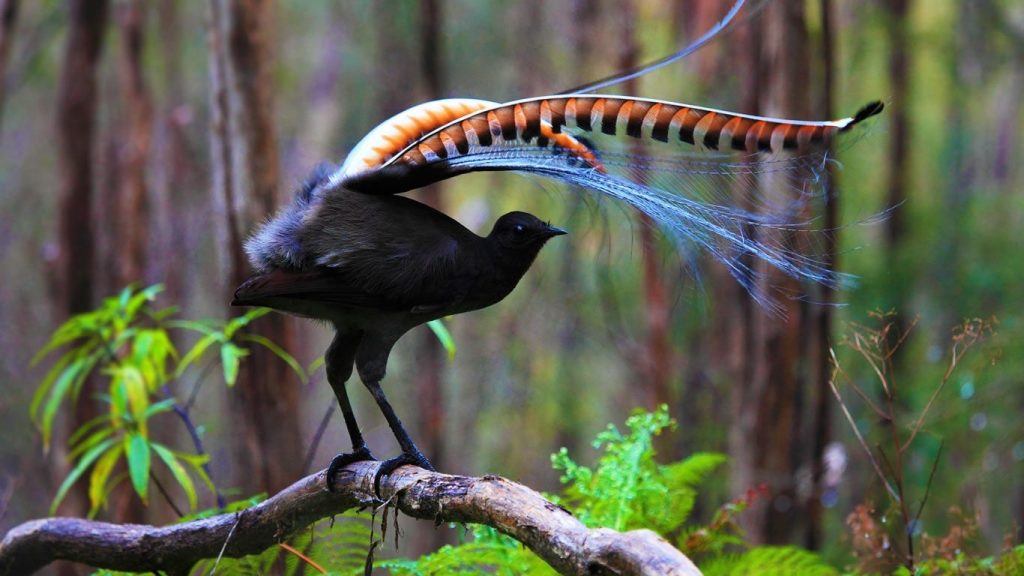 How to use the Daybreak MaxMSP patch